What Does the Future Hold?

COVID-19 hit the global economy like a typhoon, wrecking everything in its wake, and it did not leave the construction industry unscathed. As the industry tries to pick up growth post-COVID, technological advancements are providing some respite.

We could all agree that technology is an ever-present force that drives change. Before modernization, construction was mainly a human labor-based process. The 20th century brought with it machines and materials that allowed the creation of immense skyscrapers and infrastructure on a scale never seen before.

Today, the construction industry is growing at a pace of 3.5% yearly according to a report on The Future of Construction published by Marsh & Oxford Economics. While this growth rate is reasonable, recent advances in emerging technologies can speed up the process by improving productivity. Technology such as cloud computing, BIM, and 3D printing are transforming the construction industry in ways not seen since the last productivity boom tapered off in the 1990s. These new technologies offer a new dimension of offerings and unlock new capabilities for stakeholders across the entire spectrum.

Simple work that would take workers dozens of hours can now be done in mere minutes as a result of emerging construction technologies. Only one thing remains constant and that is change.

Whether it’s basic technology like nail guns, massive machinery like cranes, or intricate emerging technology like augmented reality, tech has always transformed how construction works. Technology drives innovation in the construction industry and allows us to build things that weren’t possible before, in ways that we couldn’t imagine before, and in much faster time frames.

However, the global economy is still losing out on $1.6 trillion every year due to lagging productivity growth in construction, according to a report from McKinsey. The advances in technology have not been drastic enough, or maybe the construction industry isn’t adapting to cutting edge technologies fast enough to unleash growth.

What Does the Future Look Like for the Engineering and Construction Industry?

Construction is notorious for being one of the least digitized industries. Due to elaborate processes, detailed safety codes, and expensive costs – change is slow. But when tech does come into the picture, the transformation is astronomical.

Second, the emergence of machinery and on-field tech is changing how physical labor is carried out. Let’s look at how this is happening.

Cloud computing is the structural foundation 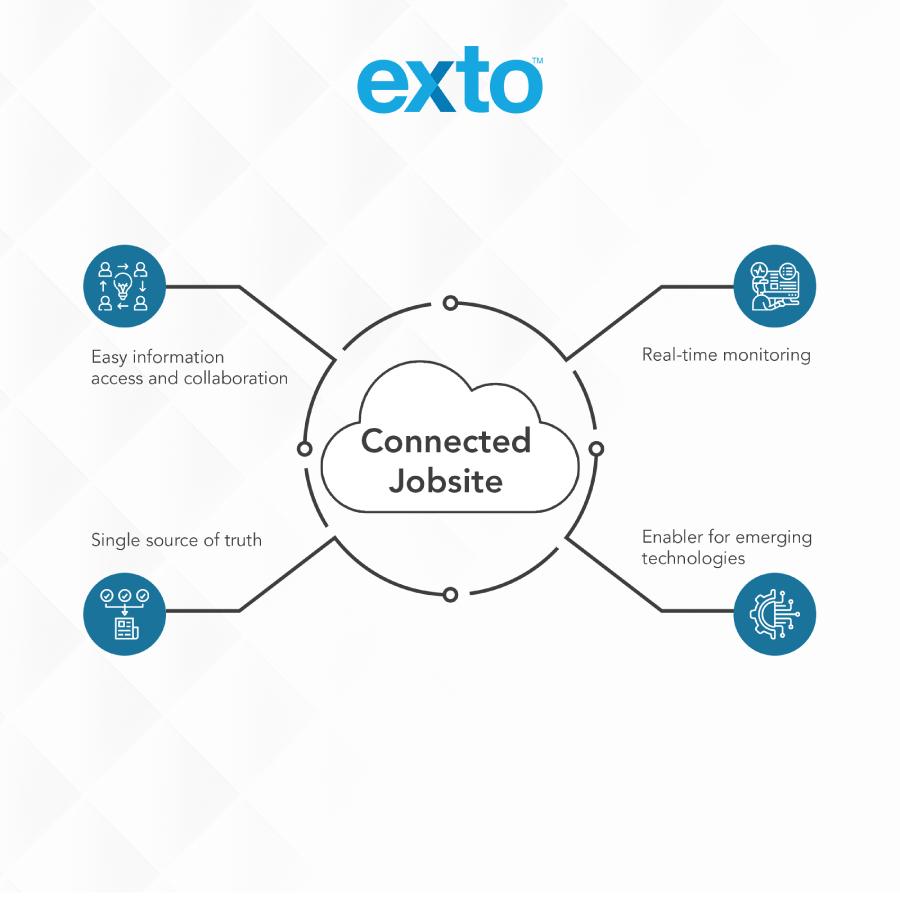 How does cloud computing benefit the construction industry? Whether it’s real-time monitoring from a remote job site, seamless collaboration, easy management, or progress tracking of every single detail, it’s all made possible through the cloud.

Let’s look at some digital advancements in construction that rely on cloud computing.

Functions like scheduling, task management, collaboration, and machinery commissioning have all been made much simpler and faster because of platforms such as Exto. Before digital platforms, these procedures were cumbersome, involving, for instance, red tape and paper instructions.

By enabling real-time updates, compact information availability, and the ability to manage everything from a single dashboard, management in construction is easier than ever before. Entire process cycles can now be handled remotely, saving up human resources, driving down costs, and enabling higher productivity for teams in the construction space.

Data Analytics and AI Will Revolutionize the Industry

Data in construction can be used in two ways; data analysis and artificial intelligence (AI). While both use insights from data to make changes, data analysis focuses on improving productivity in small areas.

Data analytics lets you drill down to minute details and make changes based on concrete information. What’s causing increases in work accidents? How can managers better delegate tasks? And why does a specific process always get delayed? Well, all these questions and more can be answered using data-driven decision making.

AI can improve worker productivity by reducing time wastage, refining small steps, and even reorganizing machinery and tools on the construction site to make everything happen faster.

Deep-learning algorithms are used to find errors or predict when accidents occur, making the construction sites safer. Certain advanced systems even quantify work done daily and predict how long it’ll take to finish, all with minimal worker engagements! This can be compared against your schedule, immediately alerting you of potential delays.

BIM allows stakeholders to view real-time representations of buildings or sites in a 3D view. Any changes made to the model immediately show up for anyone with access to it. Paired with virtual reality (VR), BIM enables collaboration and increases efficiency for tedious tasks.

Imagine a building manager sitting at one location who is able to access hundreds of job sites through this power. They can check off tasks, handle workers, and track the progress of multiple projects all from its computer.

Wearable technology, ranging from simple PPE to complex exoskeletons, are being used increasingly to allow construction workers to perform tasks that involve handling and moving heavy objects, making the workplace safer and more efficient. Wearable tech is also being embedded into common equipment already on construction sites like hard hats and neon vests.

These are usually outfitted with biometrics, environmental sensors, GPS trackers, and even Wi-Fi! The metrics obtained from these are then used to monitor workers’ movements, safety(alerting for any accidents), and improving overall efficiency.

Augmented reality (AR) and VR also enter the ring here, for tasks that are dangerous but need a precise human touch, they can be a blessing for safety in the construction industry. They can also be used to train workers in a controlled environment, creating expertise without new user risk.

The Case for Automation

While automation generally conjures up images of faceless drones meticulously carrying out everyday tasks, the reality – especially in construction – is quite different. A Mckinsey report states that instead of replacing human workers, automation will create change much like older machines did by enhancing productivity and accelerating process efficiency. Humans will still be needed to operate these machines, or these machines will work in tandem with humans.

Robots, drones, and autonomous heavy equipment will reduce the physical toll and instead change the nature of construction work. Instead of placing bricks, construction workers might control drones with joysticks, and have them do the task.

Furthermore, drones can be operated by safety managers who can oversee the construction site and ensure safety standards are being met.

Instead of air conditioning, can we keep buildings cool through their make? Is it possible to absorb air pollutants using a building’s facade? These might seem like small changes but material inventions like cement and polymers have altered the landscape.

To wrap up, we saw how different technologies are transforming the construction industry by reducing costs, improving worker safety, inducing productivity growth, and delivering higher profits, while also creating new possibilities for builders.

The future is tech, and it’s here.

Schedule a demo today or review the brochure to begin your construction technology transformation journey. 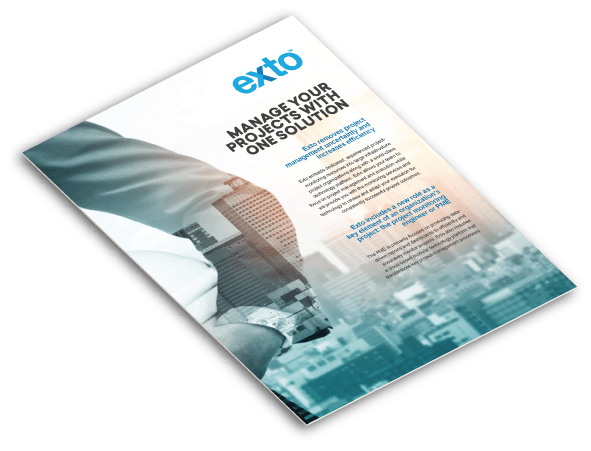 Technology is Transforming Construction. What Does the Future Hold?
Scroll to top